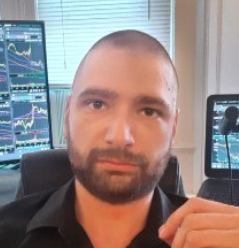 Talk Digital Network, Released on 2/12/22 John Rubino is the founder and manager of the popular financial website DollarCollapse.com. Mr. Rubino is the co-author, with GoldMoney’s James Turk, of The Money Bubble and The Collapse of the Dollar and How to Profit from It. He spent the 1980’s on Wall Street as a Eurodollar trader, […]

CNBC, Released on 2/2/22 MicroStrategy CEO Michael Saylor says guidance from the SEC regarding digital exchanges and definitions of digital assets could help fast track institutional adoption of crypto. Michael Saylor is the CEO of MicroStrategy and a famous Bitcoin bull.

Kitco News, Released on 1/6/22 The greatest financial downturn ever will happen this year, and investors will be taking the “biggest risk of [their] life” if they don’t sell now ahead of a complete market wipeout, said Harry Dent, founder of HS Dent Publishing. Speaking to Michelle Makori, editor-in-chief of Kitco News, Dent said that […]

Good Evening San Diego, Released on 10/20/21 Peter Schiff is an internationally recognized economist specializing in the foreign equity, currency and gold markets. Mr. Schiff made his name as President and Chief Global Strategist of Euro Pacific Capital. He frequently delivers lectures at major economic and investment conferences, and is quoted often in the print […]

By Herman James on 10/11/2021   All, Gregory Mannarino, Investment Gurus, Other Gurus, Others, Videos

GoldSilverBitcoin, Released on 10/12/21 Gregory Mannarino started his career working for the securities and trading arm of the now defunct Bear Stearns before the dot-com bubble. After realizing that working on Wall Street was not like the movies, he moved on to get a medical degree and practiced medicine as a Physician Assistant. He also […]

Stansberry Research, Released on 9/24/21 The Federal Reserve is walking a very thin line between too much inflation and deflation caused by tapering, says Lawrence Lepard, Equity Management Associates Founder and Managing Partner. Lawerence tells our Daniela Cambone that the Fed is in reactive mode, with inflation not being transitory. He says the Fed is […]

Gold is not the best inflation hedge, these assets are better – Adrian Day

Kitco News, Released on 9/12/21 Markets seem to still believe the Federal Reserve’s narrative of transitory inflation, but that narrative is not reflective of reality, said Adrian Day, president of Adrian Day Asset Management. “The market simply doesn’t believe the inflation story, and they seem to believe what the Fed is saying about it being […]